How to Get Rid Of Rats & Mice

1. Make sure you have an accurate identification of the rodent and a full understanding of the situation prior to selecting control measures. Different species of rodents have differing habits.
2. Read and follow instructions of bait carefully.
3. Select trap and bait which is most appropriate for the situation.
4. Place traps on or near runways only.
5. DO NOT place traps where children and animal can easily access.
6. DO NOT place traps near food, food utensils or preparation areas.
7. Make a record or map of where all bait stations have been placed, so that all bait stations are removed once control is achieved.
8. Wear gloves when handling dead rodents. Use an aerosol insecticide for the immediate area to kill the fleas which leave the dead body.
9. Carefully wash used and contaminated traps. Destroy and bait residue once control is achieved.

There are 3 rodent pests of houses in Australia:

Rats and mice require food and shelter like most animals, particularly in late Autumn and Winter when they enter houses.
These conditions also accommodate their breeding. Once inside they often make their nests in walls and roofs. Rats and mice are also very good climbers and can scale rough walls, pipes, trees and vines and walk across cables.
Rats and mice are active at night and eat a wide range of food. They have a good sense of smell, taste, hearing and touch; however their sight is very poor.

They are very sensitive to all environments and move around the edges of rooms and not across them.
Rodents (especially rats) have a fear of new objects in their search for food and usually use their same tracks. This is important when baiting and trapping and it may be some days before they investigate a bait station or trap. Mice will investigate the change quicker compared to rats.

Rats and mice are commonly known for contaminating food because of the diseases they carry, which is then destroyed. This occurs at the site of harvesting, storage and manufacture, as well as in homes, restaurants and hotels. The diseases are caused from faecal, urine and fur contamination.

Rats and mice also cause damage gnawing on objects to keep their front teeth to a functional size. Things like timbers, furniture and electrical wiring have been damaged this way and in some cases resulting in house fires. 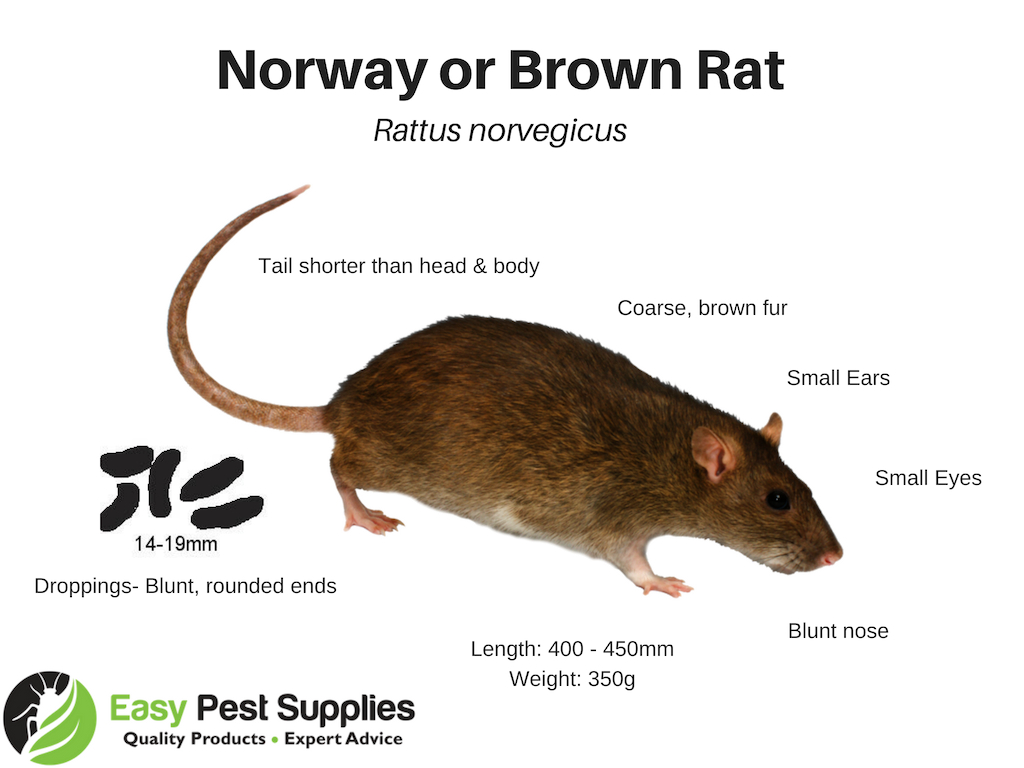 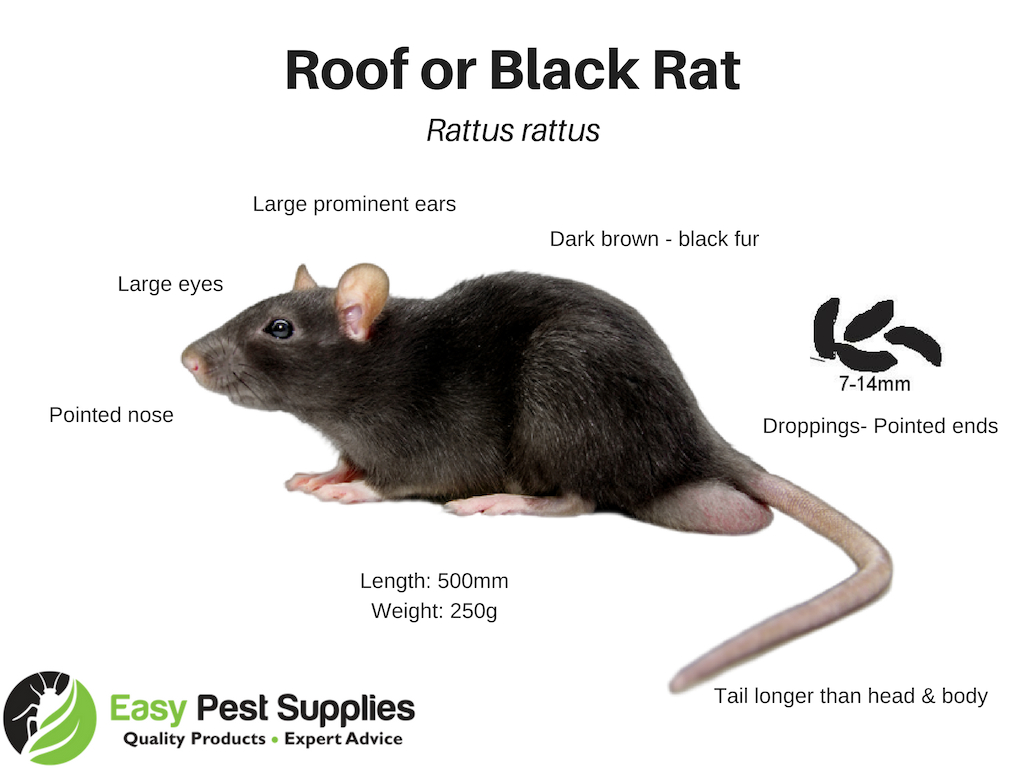 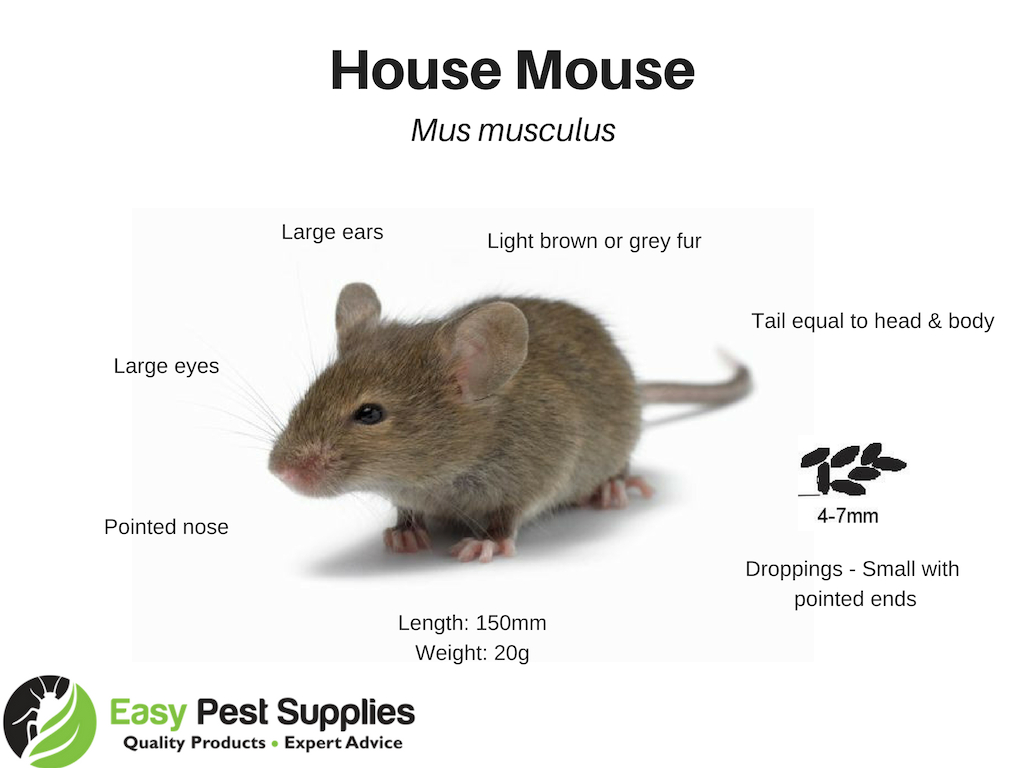 Rodents are often detected from their damage, odour or faecal droppings. The following signs should always be investigated to confirm a rat or mouse is present before baiting and trapping:

Pets often bark at other animal intruders when they are active or enter houses. Once rodent activity has been detected it is important to determine which rodent is present to determine the control. 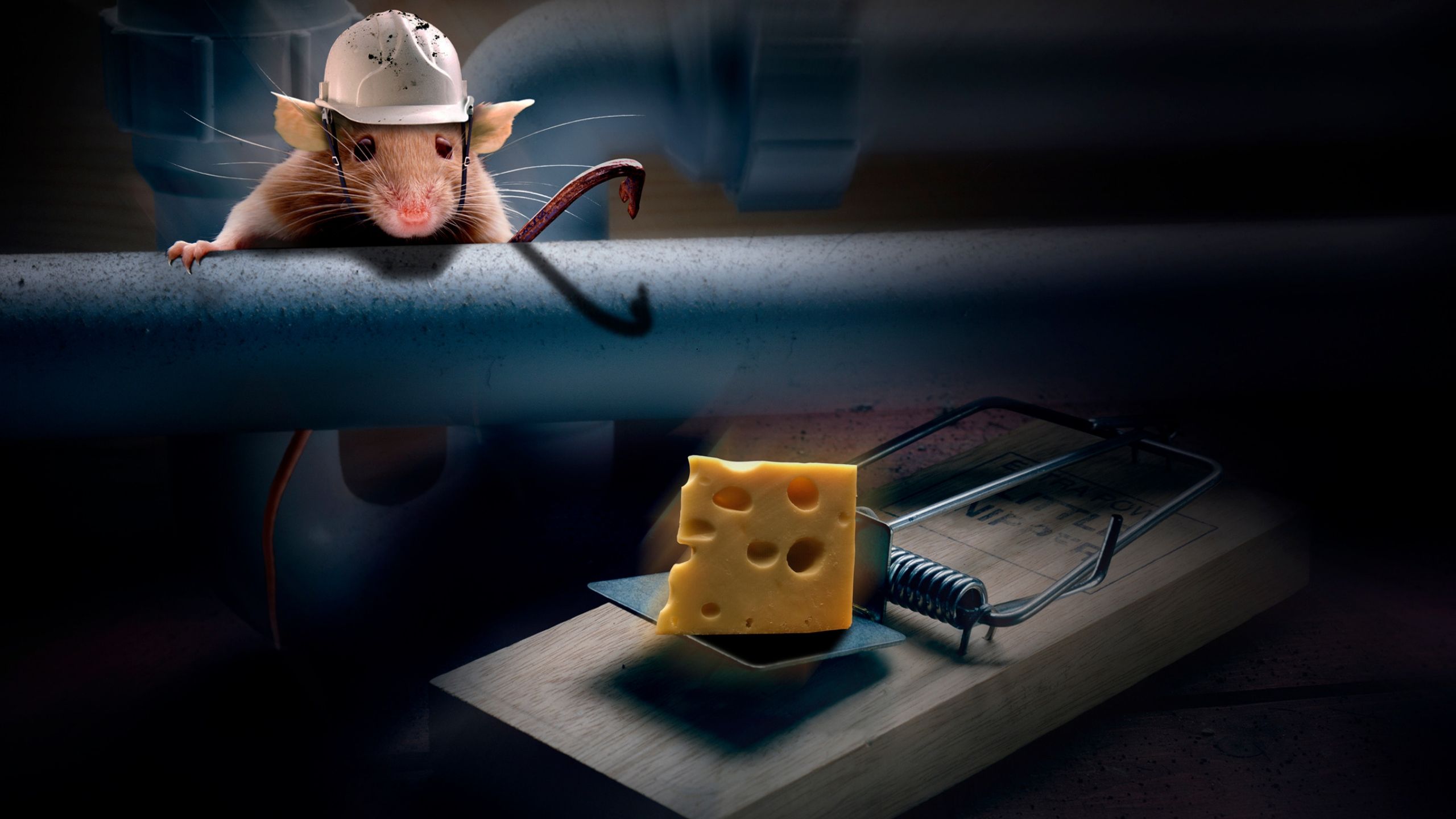 The prevention or termination of rat and mouse infestations by simple hygiene is the most effective control procedure. Using a vacuum to reduce food particles on floors is important and must be accompanied by using sealed food containers and tight fitting lids on garbage bins. The removal of rubbish, particularly garden rubbish is also important.

Holes in walls for water and drainage pipes should be sealed to prevent rodent access. Usually cement or metal sheeting prevents rodents from entering. Inspection of the building to locate entry points is the first step in proofing.

Trapping rats and mice is often done by the home owner or pest controller. There are several types of traps from the single snap trap to multiple mouse catching devices which can hold up to 30 mice.

The single snap trap may be used with bait or set unbaited. Suitable foods include nuts, apple for baited traps. Unbaited traps have a trigger covered with fine pieces of cardboard or saw dust. They should be placed in one of the runways usually at right angles.

Because trapped rodents may exude blood, urine or faeces, traps should not be set near food preparation areas. When a rodent is caught its fleas leave the dead body and seek other hosts. It is really important to check the traps frequently and remove rodent and fleas together.

Most homeowners prefer chemical control methods, but there are situations where chemicals are not appropriate mainly for safety reasons:

Multiple dose anticoagulants are available as dry bait. To be effective they require continual feeding for four to ten days. It is essential that feeding and supply of bait continues for several consecutive days ensuring the build up of anticoagulants in the blood which finally causes death.

Both the single dose and multiple dose anticoagulants are toxic to other warm-blooded animals and so the placement of bait stations must be placed where children, pets, wildlife and livestock do not have easy access too.

In the event of accidental intake, you should refer to a GP immediately especially for children, vitamin K1 is antidote which is most effective and will most likely be given. Seek advice from your local vet for animals.