Following in the footsteps of the successful Myna Magnet, the Pigeon Magnet is a durable, collapsible and commercial size trapping solution for reducing feral pigeon populations. This trap has successfully and humanely assisted facilities in Australia, New Zealand and Asia with the removal of this disease carrying species. Trapping pigeons is easy, safe, discrete and targeted with the Pigeon Magnet.Solid roofed dishes.

WHY ARE PIGEONS A PROBLEM?

The bacteria Chlamydophila psittaci is endemic among pigeons[citation needed] and causes Psittacosis in humans. It is transmitted both from handling pigeons but mostly from their droppings. Psittacosis is a serious disease but rarely fatal (less than 1%). Pigeons are also important vectors for different species of the bacteria Salmonella[citation needed] which causes diseases as Salmonellosis and Paratyphoid fever.

There is ample reason for the concerns of pigeons damaging property, due to their size and proximity to people and their dwellings. Pigeons often cause significant pollution with their droppings, though there is little evidence of them driving out other bird species. Pigeons are labeled an invasive species in North America by the USDA.

Releasing exotic pest birds however, is not legal and will continue to impact on the ecology of threatened native species. The only solution is to remove them permanently from the environment.

It should be noted that the preferred method of euthanasing the trapped birds is using carbon dioxide gas.

Few tools are needed to assemble your Pigeon Magnet. A cordless drill/driver will assist in securing the trap roof as well as securing the trap to the building to prevent damage or being blow away. Tape is needed at the gassing stage. Scissors or cutting tool for cable ties. Lubricant spray (I.E WD-40 or oil) for entry doors.

LOOKING AFTER YOUR TRAP

Cleaning the trap may be necessary between trapping programs. The trap is a high quality, powder coated steel trap. When scratched is advisable to use touch up paint to protect from corrosion. Lubricate the door hinges to ensure they move freely.

In most situations, wheat or grain will be sufficient. However, in commercial situations where abundant food is available you may need to try pigeon racing mix, bread, chicken layer mash or similar. Use of a variety of attractants may assist to entice the birds to enter the trap. You must always have fresh water in the trap to entice birds to enter and to maintain the health and moisture requirement of the birds while in the trap.

HOW MANY TRAPS SHOULD YOU USE?

This is dependent on the size of the pigeon population and the total area of land, roof size and/or facility size. When designing a trapping program, you may need several traps per roof or location. This will increase the number birds caught per inspection interval. Multiple traps will also reduce the number of overall visits to the site during an extended program

Cruelty to animals is a major issue for professional pest managers, industry and the public. Follow the below link
from the Australian Government in relation to animal welfare considerations. The carbon dioxide method of euthanasia is widely viewed by animal welfare agencies in Australia and elsewhere to be humane and accords with the National Health and Medical Research Council of Australia's Code of Practice for the Care and Use of Animals for Scientific Purposes. It is our recommended and preferred method.

Policy of the Royal Society for the Prevention of Cruelty to Animals on the Control and Use of Feral Animals Because of the nature and variables involved in trapping, no guarantees as to the performance of the trap can be given. If you operate the trap by these instructions carefully and diligently you should be able to trap Pigeons successfully. 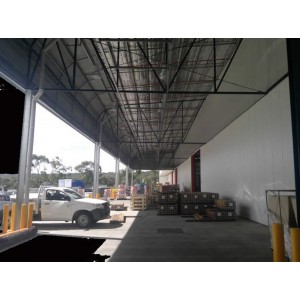