FlyTrap Commercial Glueboard Fly Killer utilises ultraviolet tubes to attract flying insects into the product, before trapping them on a sticky glueboard. UV tubes attract flying insects by emitting a wavelength of light attractive to flies. Flying insects are attracted to the tube which emits UV at a level comparable to that of the sun, which the flying insect has a natural attraction to as a source of heat.

FlyTrap Commercial Glueboard Fly Killers are designed for use in front of house areas, decorative flykillers discreetly protect areas which are highly visible to customers. Insects are attracted by UV light then retained with highly effective glueboards to ensure that flying insects are kept at bay.

This unit plugs into a standard 240V Australian power point.

Placement of the FlyTrap Commercial Glueboard Fly Killer is an area that is frequently misunderstood and there are a few simple points to observe. 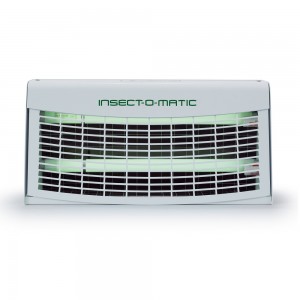